Get 10% off this month when you try our services! 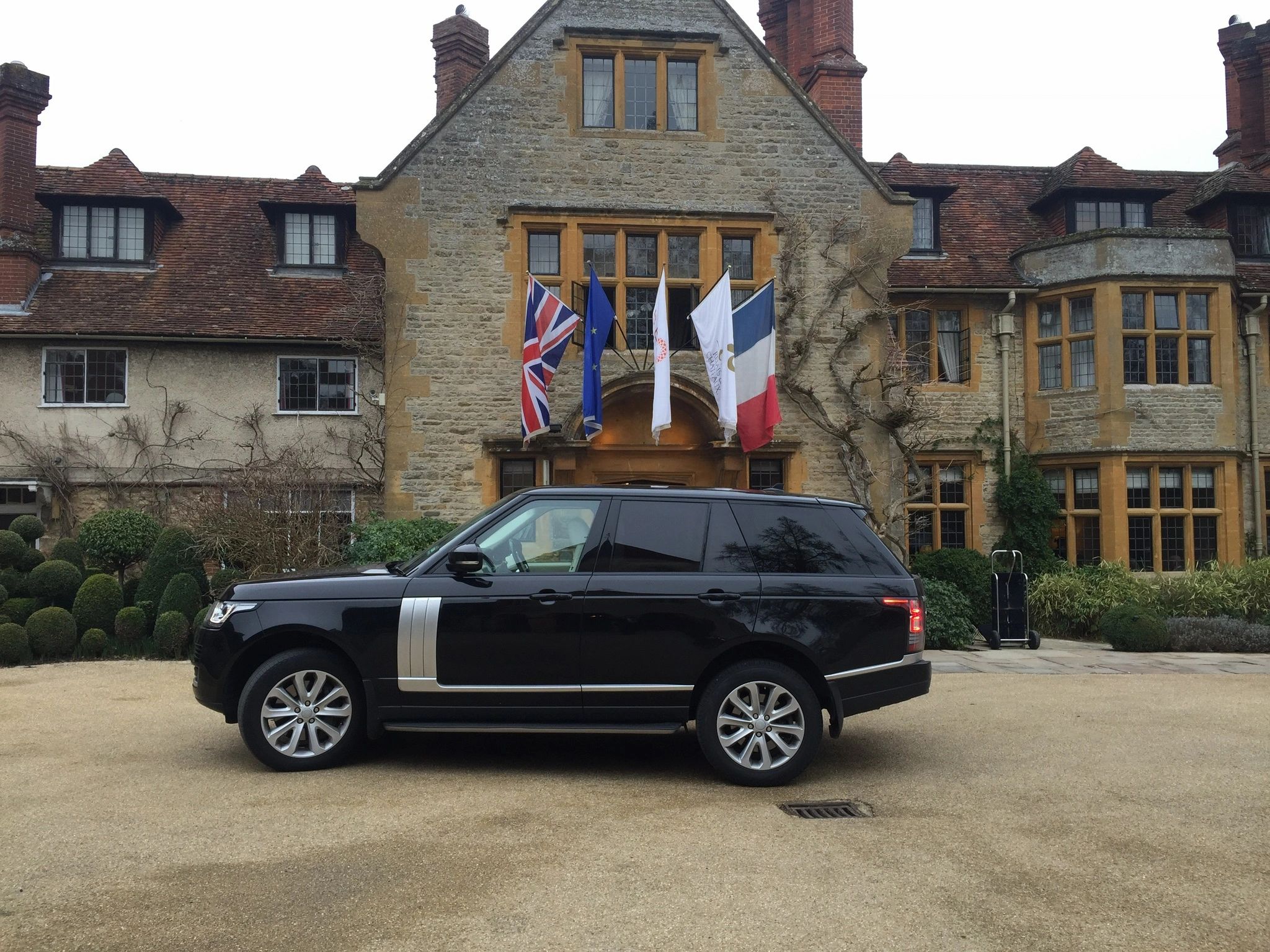 A local business dedicated to Rayleigh Essex providing a professional executive chauffeur service to any location. Corporate transport is the cornerstone of our brand and have 18 years of experience serving  leading organisations such as Asta, Aon, Marsh, Chubb, Cartamundi, Fords Dunton, BAML, Guy Carpenter, AIG,  references can be provided if required

We provide a comprehensive service into and back from anywhere in London, theatre trips, arenas, sporting events etc, why compromise on your event by having to rush for a train or use public transportation when you can have a comfortable trip

home with a professionally driven luxury car. Our prices are comparable to any taxi company but with a chauffeur experience

Our Cruise Port Service is very popular, as its a lengthy trip we provide suggested pick up times, with estimated arrival times, comfort breaks are taken into consideration, water and newspapers are provided. So whether it’s Southampton, Harwich or Dover we provide a first class service.

A typical quote is as follows

Taxi from Rayleigh to Southampton | prices from £180.00

You should find everything you need for your trip or daily commute at St Pancras International. If you do need any help, please speak to one of our Customer Service Assistants in the light blue St Pancras vests.

Below please see a detailed map of the station, including a list of all the shops and cafes on offer in the station. If travelling out of the UK, bear in mind that once through security there is only a WHSmith, Caffè Nero and a Continental Bar. Therefore, consider giving yourself more time to make use of the shops in the station prior to going through security and border control.

Our Chauffeur Theatre transfers to London give you a luxury trip with a selection of Mercedes, Range Rover or BMW Cars. They’re also perfect for special occasions, a romantic weekend away, gifts, or just if you want to relax and take in a show without the hassle of getting home afterwards.

S & T Private Hire theatre and hotel transfers are at least 15% cheaper than other chauffeurs, and you can enjoy great seats at some of the hottest shows in town while you’re at it. A perfect reason to treat yourself, and someone special to a truly memorable night out.

And during your theatre break, why not head out for a spot of sight-seeing – with many hotels found in some of London’s most historic neighbourhoods, you’ll be able to take in iconic sights like Big Ben and Westminster Abbey, The London Eye and The View from the Shard, the British Museum, Tate Modern and hundreds of inspirational museums, art galleries and historic sites. If you’re more in the mood for unwinding, why not just chill out in your style in your room before heading to the theatre – with a great selection of hotels on offer, you could have a bit of pampering in a luxury hotel. Or grab yourself a bargain stay and splash the cash that you’ve saved in the West End, Oxford Street and Covent Garden’s fabulous shops, and London’s renowned selection of gourmet restaurants and hip bars.

Put yourself in the heart of the action, and get great deals while you’re at it, with S & T Private Hire‘s Chauffeur Service

"My wife and I have been using this service for a number of years and in all that time. Steve or his other designated drivers have never let us down despite appalling weather or traffic conditions on our dates of travel and collection.
The class and standard of the vehicles is superb and forms part of the enjoyable and relaxing means of travel. I have recommended this service to many of our friends and neighbours. The cost is worthwhile when considering current long term charges and overnight hotel."
- Roy

Excellent service all round - good communication throughout, lovely car and enjoyable ride from Heathrow to Rayleigh. Huge thanks to Steve. Highly recommend.

taxi from Rayleigh to Heathrow Airport £110.00

taxi from Rayleigh to Gatwick Airport £100.00

taxi from Rayleigh to Stansted Airport £80.00

taxi from Rayleigh to Southampton Port £180.00

we offer a range of cars to suit any of your requirements, from 1 to 8 passengers all in premium vehicles

A holiday can easily be spoiled by a sudden urgency to tick things off the endless to-do list teemed with a secret longing for it all to be over. Temperatures plummet and the high street becomes packed with herds of seasonal shoppers laden down with heavy bags, hurriedly negotiating claustrophobic stores. Last-minute shopping-sprees and yet another party drink (or five) can begin to take its toll on both budget and well-being. Which is why so many people decide to escape for a quality time with loved ones, away from the pressure, stress and cold that the festive season can bring. So when you book your holiday tom relieve yourself of the stress book Rayleigh airport transfer to take you in comfort

Our professional chauffeur service is local not from another area so will be aware of long-term roadworks, and many other issues, adjusting their route accordingly. However, if an incident is “fresh” they will adjust as soon as they can. The office also monitors traffic and issues and will text ALL Chauffeurs to warn them if they may be affected, advising of alternative routes.

It's likely that you've come across the name Range Rover Vogue when looking at the largest, most luxurious version of Land Rover's flagship 4x4. The Vogue name means it's the entry point to the Range Rover line-up, although calling it basic or entry level is underselling the Range Rover Vogue considerably, because you still get plenty of luxury and prices start from £80k.

There are two versions available, Vogue and Vogue SE, with the latter commanding a premium of around £6,000 over the standard Vogue. Even the basic model comes with plenty of kit, and like the rest of the Range Rover range, benefitted from a facelift for the 2018MY.

On top of that, the Vogue SE adds soft-close doors, LED ambient lighting inside, 360-degree parking cameras, heated and cooled electric seats in Aniline leather and 21-inch wheels, compared to 20-inches on the standard Vogue.

Like the rest of the Range Rover line-up, the Vogue models feature Land Rover's Terrain Response system combined with standard air suspension to deliver the ultimate all-round driving ability. That means greater off-road ability than many owners will ever ask of it, while delivering one of the plushest on-road rides of any car on sale today. There's lots of safety kit, too, with dynamic stability control including trailer stability assist for towing, lane departure warning and the usual suite of airbags on board.

In terms of engines, the Range Rover Vogue has three engine choices, and there are four options on the Vogue SE. The range kicks off with the 258hp 3.0 TDV6 diesel, which is arguably more than enough engine for anybody. Land Rover also offers the P400e PHEV plug-in hybrid model, which features a 2.0-litre petrol engine, electric motor and battery which has 404hp and emissions of 64g/km, making it a good choice for business users.

The Vogue models are rounded off by the 339hp 4.4 SDV8 diesel, and all these engines are offered in Vogue SE trim, along with a 340hp Supercharged V6 petrol. All engines come with Land Rover's ZF-sourced eight-speed auto, and permanent four-wheel drive is of course standard across the range. Unlike other versions of the Range Rover, Vogue models only come in standard wheelbase guise - there's no Vogue LWB.

S & T Private Hire Ltd Executive Travel is one of Essex`s leading providers of chauffeur driven luxury vehicle hire, whether for business travel or a special occasion, rest assured S & T Executive Travel with transfer your clients, your family or friends comfortably and safety within a luxurious environment....trust S & T Executive Travel to help you arrive in style.
We have a range of vehicle to meet your needs,

Our Chauffeur driven Car Hire Service provides spacious and luxurious vehicles in which to work whilst on the move. Our chauffeurs are consummate professionals who will collect you safely to and from your important business appointments.

Trips of London and Beyond.

Our luxury vehicles are available to hire for days out and sightseeing trips to London and other UK Cities.

which are all provided with a professional driver. Our vehicles are perfect for tourists, VIPs, couples, groups of friends, family or corporate days out,

See below some popular destinations to visit:

At S & T Private Hire Ltd we provide a premium service at affordable prices in BMW X6, Range Rover Vogue, 7 Series BMW, Mercedes S Class. So what ever the occasion we can provide the appropriate vehicle. Our prices are comparable to taxi prices but with the chauffeur experience.

The meet & greet service is when most clients feel most vulnerable, a long flight accompanied by lack of sleep, so we try to make this as easy as possible.

4) Water & a paper will be provided

5) Car seats for children can be arranged